Business and financial adviser Grant Thornton has said its research shows that support for Solvency II has waned over recent years in the UK insurance community. 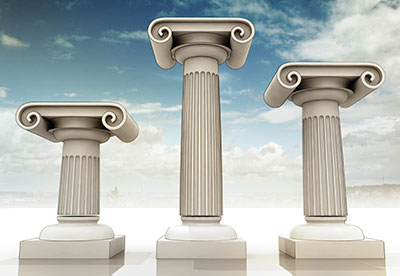 Grant Thornton found only a quarter of its sample of 77 senior executives thought Solvency II was clearly the best way to run their business, down from 31% in a similar survey in 2014.

Almost all of them, 91%, felt Solvency II principles were appropriate, but nearly 70% thought these had been ruined by the implementation of the regime.

Two-thirds thought Solvency II was too complicated and a similar proportion that it used up resources that could be better deployed elsewhere.

Just 17% felt Solvency II has been worth the effort, only one third of the proportion who had thought this in the 2014 survey.

Grant Thornton UK head of general insurance actuarial and risk Simon Sheaf said: "Clearly, the implementation of Solvency II has been met with varying degrees of enthusiasm; but despite the increasing negativity towards the regime, there has been an overall acceptance of the inevitable and insurers have had to 'bite the bullet' over the past few years.

"The survey results, when compared to previous years', show a clear waning in support for Solvency II, despite the impressive progress made by the sector in its implementation."

Fewer than 20% of respondents had completed the transition of Solvency II into 'business as usual', but nearly 80% believed it had improved governance in their firm.

Compliance costs were also a source of grievance with only 9% believing these to be reasonable, while 70% thought the value of Solvency II did not justify the cost.

Sheaf said: "Since the Brexit result, we've seen calls to re-examine the regime's application in the UK, including the recently announced Treasury Committee inquiry.
"Nevertheless, there remains a significant chance that a Solvency II equivalent regime will continue to apply in the UK."