Insurers should have a legal right to get money back from manufacturers and software companies of driverless cars in cases where the technology is found to have been at fault, the Association of British Insurers (ABI) said today. 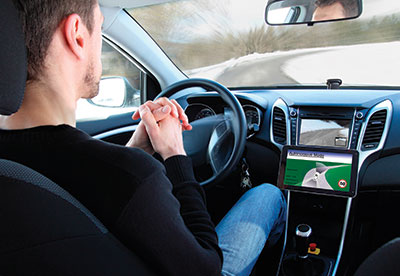 Their comments are in response to the Department for Transport’s consultation on the rules of driverless cars.

In a paper published jointly with technology firm Thatcham Research, the ABI said this would guarantee that the ultimate responsibility to fall on the at-fault party.

James Dalton, director of general insurance policy at the ABI, said: "When an automated vehicle or piece of software causes an accident it is important insurers can recover costs from the companies involved so that vehicle owners are protected from any upward pressure on the cost of motor premiums."

Among other suggestions, the ABI said motorists should continue to buy a single motor insurance policy.

The organisation argued that an alternative option, involving drivers having to arrange a separate product liability policy for the times they are using automated driving modes, would be "too complicated" and risk leaving road accident victims without enough cover.

The ABI also called for "strict rules" on what people can and cannot do behind the wheel as drivers would need "absolute certainty" about when they can safely allow the vehicle to drive autonomously.

Currently there are cars that offer advanced systems such as emergency braking and lane assistance. However, the ABI said these should not be confused with automated vehicles, which drive themselves and could be available as early as 2021.

Meanwhile, research commissioned by uSwitch found 75% of 2,074 UK motorists said informal driving manners could be misinterpreted by the technology.

Habits such as flashing your headlights to say thank you and allowing fellow drivers out of side streets may all be misunderstood, said the comparison site.

The survey also revealed 70% were concerned that driverless cars could cause accidents and delays because the technology may initially take the Highway Code more literally than humans do.

As part of the consultation, the government is looking at modernising the Highway Code. The rule that respondents think most needs updating is the requirement for drivers "to always have both hands on the steering wheel" as cited by 42% of them.

"The Highway Code was created to promote safer driving, but over the years we have developed our own human driving code," said Rod Jones, insurance expert at uSwitch.com.

"It is clear that many drivers don't expect driverless cars to understand our driving habits, which could, certainly to begin with, make it difficult for humans and robots to drive side by side. Clarifying the rules in the Highway Code is an important step towards this."

1. Flashing your headlights - meaning thank you, you're welcome or go ahead (51%)

2. Moving aside for emergency services (35%)

3. Letting other drivers out of side streets in busy traffic (32%)

4. Being considerate to pedestrians on the pavement (28%)

5. Using the horn to alert a fellow driver to a situation up ahead (26%)

This article appeared in our September 2016 issue of The Actuary.
Click here to view this issue
Filed in:
09
Topics:
General Insurance