The proportion of people in their 40s who save adequately for their retirement has fallen from 57% to 53%, according to research by Scottish Widows. 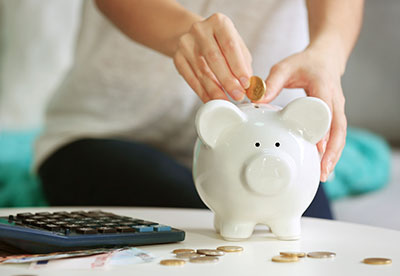 In its latest Retirement Report, the life insurer defined saving adequately as those putting aside at least 12% of their income for contribution to their pensions.

The percentage of those in their 30s also stood at 53%, representing a 1% increase in the past 12 months.

Overall, the proportion of people saving adequately stayed static year-on-year at 56%, said the firm in the report. It predicts the trend is likely to continue, as nearly two-thirds (58%) believe they will not be able to put more money aside in the next 12 months.

"Particularly worrying is the fact that savings levels among those in their 40s drop off at a time in life when retirement may be within 20 years," he added.

However, Scottish Widows believes auto-enrolment could play a "positive role" to help people prepare for retirement. Excluding those who have a defined benefit pension, the proportion of adequate savers has increased in the past 12 months from 39% to 43%.

"Auto-enrolment has already brought six million new workplace savers into pensions and with the minimum contributions for employers and employees set to rise in coming years, we expect average levels of savings will rise," Cochran said.

"Critical to maintaining this trend will be encouraging people to save more than the minimum contribution, as well as providing the right support to those who are not covered by auto-enrolment."

The survey was carried out by YouGov across 5,151 people aged between 30 and 64.