More than two thirds (66%) of people would feel safe in the seat of a driverless car, according to a survey. 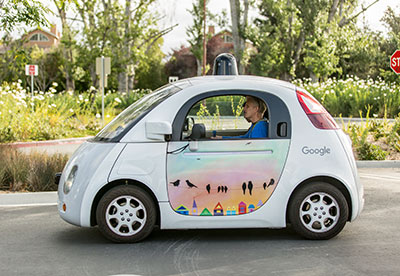 The insurer explained the biggest reason for the optimism was taking the stress out of driving as cited by 36% of respondents. More than a quarter (26%) enjoyed reducing arguments in the cars (26%) while a similar proportion (24%) considered "never getting lost again" as another benefit.

However, 10% of women claimed they would "never get in one" because they believe autonomous cars could not be safer than their manual counterparts.

The biggest reason given for fearing technological innovation was a lack of understanding how it works, as cited by 40% of respondents.

David Williams, technical director at AXA Insurance, said: "Lack of information often stokes people's fears - and a healthy dose of scepticism is to be expected. Indeed in 1825 some people were so opposed to train travel that they said that it would be impossible to travel over 12mph without having 'the air sucked out of your lungs'."

Williams said that more than 90% of road accidents were caused by human error and technological progress would help improve safety.

He also expects that reduction of accidents with automated vehicles could be as much as 50%.

"That can only be good news for road safety," Williams added. "Additionally, they will reduce congestion and provide alternative transport for those currently unable to drive."