One in eight 'too ill or disabled' to work by state pension age, says TUC

Around 12% of men and women give up work before reaching state pension age due to ill health or disability, the Trades Union Congress (TUC) said today. 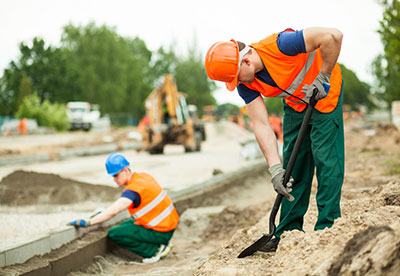 According to a TUC report, nearly half a million (436,000) people who are within five years of obtaining state income have had to leave work for medical reasons.

The analysis also reveals a "stark" North-South divide. In the South West of England, 8% of people cited sickness and disability for leaving employment early. This is followed by 9% in the South East and in the East of England.

The figure rises to 14% in Yorkshire and the Humber, the North East, the North West, Wales and Scotland.

Northern Ireland has the highest proportion with 24% of people leaving work before retirement.

The findings reflect "wider health inequalities" across the regions and nations of the UK, said the TUC.

In addition, people who have worked in the lowest paid jobs such as cleaners and carers, those doing heavy manual work and employees in the leisure industry are twice as likely to quit early than managers or professionals.

TUC general secretary Frances O'Grady urged the UK government to hold off any further rises in the state pension age support for those too ill to work is available.

She said: "Raising the state pension age is an easy target for chancellors of the exchequer wanting to make stealth cuts.

"People should be able to retire in dignity with a decent pension when the time is right. Older workers have a crucial role to play in the labour market but we can't expect the sick to wait longer to get a pension when they may need financial support more than ever."

To increase the number of people working in later life, the TUC suggested a right to flexible working, retraining older staff with paid work to learn new skills and giving them statutory entitlement to carers leave.

The union also proposed expanding auto-enrolment to those making less than the earnings trigger as well as a right to a mid-life career review.

In March the government announced an independent review into the state pension age led by John Cridland, former director general of the Confederation of British Industry.

Women's state pension age has been increasing since 2010. It is expected to rise to 65 to equalise with men's by 2018. The age for both genders to obtain the income is set to rise again to 67 by 2028.

This article appeared in our September 2016 issue of The Actuary.
Click here to view this issue
Filed in:
09
Topics:
Health care