More savers fail to leave their pensions to partners

An increasing number of couples are not making any provision for pension payments to continue to their other halves in the event of their death, a study has found. 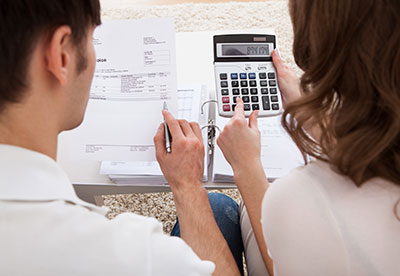 The majority (75%) of those aged 75 and over have made pensions provisions for a spouse.

But the figure drops to only 47% for those aged between 45 and 54, according to Aegon, who commissioned the research.

The firm said the findings suggested "a generational shift" away from such provision.

Kate Smith, head of pensions at Aegon, said: "The fact that the majority of those above age 75 have pension provisions for a spouse is probably down to common practice in defined benefit schemes, meaning this generation didn't have to make a conscious decision."

She explained historically, company defined benefit and state pension payments would continue to a partner on the death of the individual.

Younger and future generations of retirees are less likely to provide for their spouse, said Aegon.

The study also reported 25% said their spouse had no pension on their own.

According to the firm, automatic enrolment will over time mean more individuals have a pension in their own right.

However, recent changes to state pension means payments no longer continue to a surviving spouse, highlighting the "risk of a shortfall in retirement income for the bereaved that is likely to grow in the years ahead if couples don't plan their retirement finances together".

"The current generation of defined contribution savers have to plan their pensions together more than previous generations," Smith said.

"In some cases, each partner will be building up their own pension and this trend is likely to increase as automatic enrolment brings millions more into workplace pensions. However, for some, their workplace pension will be very modest and self-employed or non-working spouses won't benefit in this way."

Smith stressed the importance of looking at the adequacy of retirement income for both partners including financial consequences when one dies.

"This is traditionally more of a problem for women who on average live longer and may have been more reliant on a husband for pension income or who have been unable to build up an adequate pension for themselves due to time out to care for children or elderly relatives," she said.

"While these societal trends may change over time, it's important that couples begin planning retirement finances together rather than in isolation.