Kicking off in the North West

Kicking off in the North West 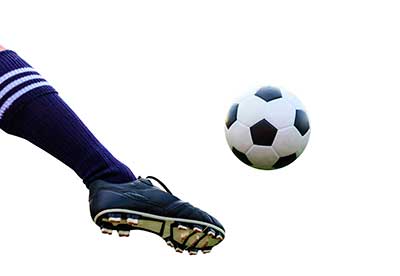 On 18 May, eight teams faced off against each other for the North West Actuarial Society's 2016 five-a-side tournament in Manchester.

The tournament started with two groups of four teams, with the top two teams from each group progressing to the semi-finals. KPMG stormed through their group stage, winning all of their games and finishing with a plus-16 goal difference.
The Co-op also defeated all of their competition in the group stage, ending with a plus-10 goal difference. Teams from PwC came second in each group, with both having won two out of their three games. Xerox, Barnett Waddingham, Willis Towers Watson and First Actuarial did not progress past the group stages.

The PwC teams were both knocked out in the semi-finals, with one team being defeated 5-0 by KPMG and the other beaten 2-0 by the Co-op.

This led to a final between the clear winners of the group stages - KPMG and the Co-op. KPMG had been the highest scoring team throughout the tournament, but they couldn't break through the Co-op's defence.

After an exciting end-to-end final, the Co-op emerged victorious after scoring two goals and conceding none.

Following the tournament, the teams headed to the bar to watch the Europa league final.
This article appeared in our September 2016 issue of The Actuary.
Click here to view this issue
Filed in
09
Also filed in
People & Social News