Consumer champion Ros Altmann has criticised Bank of England chief economist Andy Haldane for not appreciating the pension as a savings vehicle. 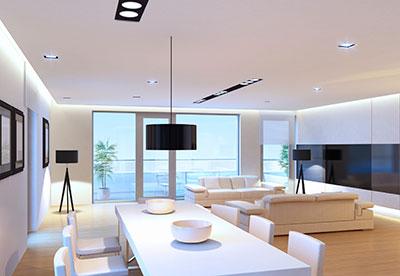 In an interview with the Sunday Times, Haldane said property was "almost certainly" better than a pension for retirement.

Altmann told The Actuary: "I was absolutely horrified to hear those comments, I must confess."

"It is important to stress that the Bank of England's pension scheme is hugely generous, fully guaranteed, fully inflation-linked, and final salary. He will have his pension underwritten by the taxpayer, he doesn't need to engage at all."

Altmann, who served the UK government as pensions minister from May 2015 to July this year, said Haldane's comments suggested pensions were not the best way to save for retirement, but argued that for most people "they clearly are".

In addition, with auto-enrolment, savers could get "free money" from the employer, which would "double" the amount they set aside for retirement.

The former pensions minister admitted that investing was not straight forward because of issues such as investment risks and asset classes, but said people should not keep all their money in property because of the risk of the real estate bubble.

"Don't put all your eggs in one basket. You want to have your money spread across in many places not just in one.

"If you look at the characteristics of an asset bubble, there are a couple of classic ones, first there's shortage of supply. That is exactly what is happening in the housing market," she said.

"Secondly, there is any distortion that has favoured that asset, offering a low interest rate, or deliberately driving down the cost of borrowing to buy a home, so again, you have artificially boosted the housing market.

"So the government must build more homes. When it increases supplies, it takes the pressure off property prices. If you bought at the height of the bubble and if somebody who you trusted said this was the best idea, rather than pensions, you will end up regretting it."

"It's probably quite easy for someone with a gold-plated final salary pension to dismiss the importance of saving in a pension for retirement."

In a speech in May, Haldane admitted he was not able to understand pensions because of the complexity of the product.

McPhail said: "Andy Haldane's pension benefits are estimated to be worth in excess of £3m, which is not bad going for someone who professes not to even know how pensions work. Perhaps we should take away his final salary pension and just give him another house instead."

Royal London pensions specialist Fiona Tait believes that pensions should be the first choice as a savings vehicle because "this is what a pension is designed to do", but whichever vehicle people use for retirement, they need to ensure they have saved enough.

"The best thing is to take time to make a plan, most people just go with the flow."

Commenting on the complexity of pensions and improving member engagement, Tait said the financial services industry should improve its communication strategies with its potential customers but also needed an independent body such as the government to persuade people to think about pensions.

She added: "Pensions can be invested in a diversified portfolio. It is possible to change investment strategy. This is something you can't do with property."