Recent events across Europe such as terror attacks in Paris and Brussels have resulted in a marked change in how firms look at premiums and exposures, according to PwCs latest London Market pricing conditions review. 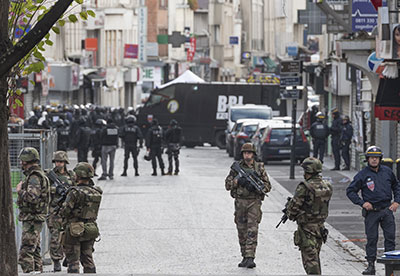 Based on the firm's own analysis and discussions with 30 London Market participants, PwC found this change had led to uncertainty for insurers and reinsurers over the frequency of losses, adequacy of current pricing and catastrophe models.

"This increased uncertainty further highlights the need for adequate business interruption insurance cover, albeit the changing nature of terrorism risk does require insurance products to adapt to deliver the desired protection to society," said the consultancy.

The firm added the Lloyd’s City Risk Index, which analyses 18 manmade and natural threats over a ten-year period in 301 cities, highlighted an aggregated £98.2bn of global GDP is at risk from terrorism between 2015 and 2025.

PwC said: "Given this backdrop, terrorism premiums have grown over the past four years, fuelled by more than a doubling of premiums from a variety of delegated underwriting sources such as broker facilities, binding authorities and where (re)insurers chose to follow another lead underwriter."

However, it added premium growth had been outstripped by the increase in exposures, with overall market average risk adjusted rate reductions between 5 and 7% per year since 2013.

In particular, excess of loss reinsurance treaties suffered the most with risk adjusted rate reductions near 10% last year.

Harjit Saini, London Market director who led PwC's review, said: "With the boom in broker facilities and new entrants to the terrorism market over recent years, pressure on rates has been significant for a class which has avoided major losses for many years."

This article appeared in our August 2016 issue of The Actuary.
Click here to view this issue
Filed in:
08
Topics:
Environment