Seven in 10 travellers happy to buy additional protection against terrorism

There is an increasing need for insurers to let customers get their money back if their travel plans are affected by terrorism, according to International Travel and Healthcare. 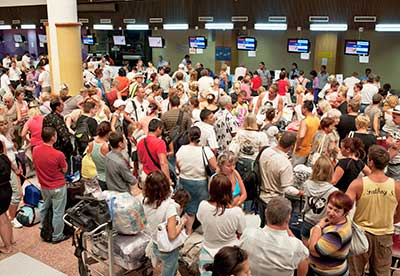 The insurer's comment came after a survey conducted by YouGov which found that 71% of UK adults were likely to purchase additional financial protection against terrorism for their holiday if the price was £5 for two weeks.

Kate Huét, managing director, International Travel and Healthcare, said: "There is now a very clear need for financial protection against its effects for the many thousands of people whose trips are indirectly affected by acts of terrorism."

Based on responses from 2,026 adults, four in 10 (42%) are concerned about terrorism affecting their travel plans.

The study also highlighted misconceptions people have around what is currently provided by a standard contract.

Some 37% believed delays were also covered but the firm said in reality, "few if any of these benefits" were included in standard policies.

Of those who had taken out cover, 24% claimed they always read their policy wording fully and 58% read "some parts" of it.

A fifth (19%) of respondents admitted they did not know who would be responsible for the cost of repatriation for someone who was injured of killed and 21% thought the UK government would pay for it.

Huét said: "While it is unsurprising that people are concerned about terrorism in this changing world, it is worrying that so many people misunderstand what travel insurance covers, leaving them with no financial protection should an act of terrorism occur close to their proposed destination if they no longer want to travel."