Commercial insurers are most exposed to the risk of losing passporting rights following the UKs decision to leave the EU, data provider Timetric has warned. 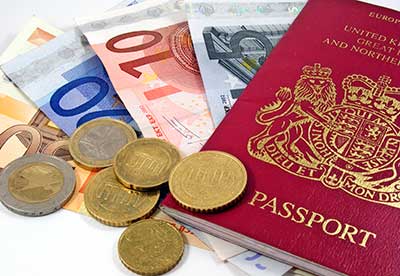 The passport provides the UK with access to the single market for financial services within the EU, but the company claimed it had been the subject of discussions regarding the impact of Brexit on UK's financial services. The British Insurance Brokers Association (BIBA) has recently been active calling for the retention of passporting.

Timectric explained the passport consisted of two freedoms: freedom of services and freedom of establishment.

The former gives insurers access to cross-border business with the EU from the UK. Meanwhile the latter enables UK-based insurers with substantial branch networks in Europe to hold all their capital in one location as opposed to capitalising each local branch.

Timetric believes commercial firms are more vulnerable to the risk of losing such freedoms than life insurers.

"UK life insurers do not conduct as much cross-border basis as commercial insurers do. Furthermore, the UK's largest life insurers tend to have independently capitalised European subsidiaries," said the firm.

"Therefore, if the UK does lose passporting rights they will not need to make significant changes to the geographical distribution of capital within their business."

A measure that could reduce disruption would be achieving third party equivalence with the Solvency II regime. At the moment Switzerland and Bermuda are the only non-EU countries granted full equivalence.

Equivalence spans reinsurance, solvency calculation and group supervision and reduces the regulatory burden for companies conducting business in the EU from the 'third country', according to Timetric.

However, it does not give financial services firms the same depth of access to the single market that the UK currently enjoys.

Furthermore, although the UK has exactly the same regulations as the EU on exit, approval is still completely at the discretion of the European Commission (EC) and it can take up to a year for equivalence to be granted.

The firm added even if the UK achieves full equivalence, is it does not bind the nation to copy changes in EU law. Therefore, if in the future EU regulation changed in a way which the UK did not agree with it could choose not to implement the change and consequently could lose equivalence.

Timetric warned: "The lack of absolute certainty regarding future equivalence could push insurers to relocate operations to EEA countries."