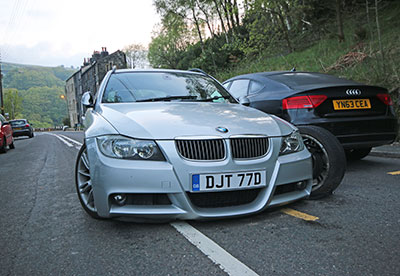 The legislation was introduced in April 2013 in a bid to reduce claims caused by incentives for fraud, explained Danielle Cripps, analyst for general insurance at Verdict Financial.

According to the company's report on the market, premiums that fell in anticipation of LASPO's benefits subsequently rose rapidly over 2015.

The firm said this was in response to the impact falling rates had on market profitability as a result of claims costs not declining as much as expected and added that the 3.5% rise in insurance premium tax to 9.5% last year also "hit hard".

"The effectiveness of the legislation has been questionable," Cripps said. "High levels of competition intensified rate reductions in anticipation of the benefits to claims costs that the new legislation would provide. But with benefits not materialising, the market took a hit in profitability, which it has since propped up with the releases of reserves."

According to Cripps, there has been a dramatic reduction in the number of CMCs since LASPO was introduced. However, those that remain continue to make nuisance calls and change their business models finding "legitimate workarounds"  having  "little effect on the overall market".

The report also revealed the market is seeing a new set of rules to further reduce claims costs.

One of them is MedCo, a system to assess soft tissue injury claims in order to reduce whiplash frauds.

Whiplash accounts for eight in 10 motor personal injury claims, costing the industry more than £2bn a year and adding £90 to the average annual premium, according to the firm.

Another measure was announced as part of the UK government's November 2015 Autumn Budget Statement. The then chancellor George Osborne proposed two changes: increasing the personal injury small claims track limit from £1,000 to £5,000; and removing the right to general damages for minor soft-tissue injuries.

Cripps concluded the next few years would be "a pivotal time" for motor insurers, adding: "Regulators will have to watch out for CMCs and solicitors finding loopholes in regulation in order to avoid a repeat of LASPO, where anticipated benefits did not fully materialise."

This article appeared in our August 2016 issue of The Actuary.
Click here to view this issue
Filed in:
08