The majority of savers are being careful not to withdraw too much from their pots under pension freedoms, according to the latest figures by the Association of British Insurers (ABI). 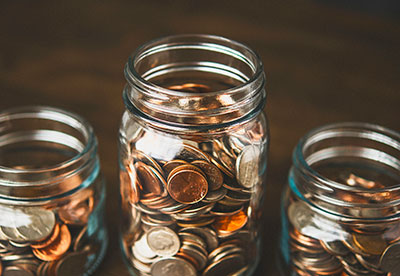 Yvonne Braun, the ABI's director of policy, long term savings and protection, said that in the last quarter (Q1 2016) more than half (57%) of pension pots had withdrawn 1% or less, which "seems to indicate most people are taking a sensible approach".

Fiona Tait, pensions specialist at Royal London, said one reason might be the income tax levied on pension withdrawals beyond the 25% lump sum, which serves as a "brake" before taking money out.

"This tax brake acts as a useful reality check to remind people to think about how to make best use of their pension," she said."

However a minority of pots are withdrawing "too much" and "too soon", with 4% having a tenth or more taken out, and many other customers taking their entire pot in one go, said the ABI.

Braun said: "There may well be other factors at play here, such as people having other retirement income, for instance, final salary pensions or multiple pots. But this is a warning sign that requires further investigation."

Hargreaves Lansdown's head of retirement policy Tom McPhail stressed the importance of good member engagement in order to avoid running out of savings too quickly.

"The best protections are good engagement and communication between investors and their pension providers, and use of the government's Pension Wise service, which provides free guidance for retiring investors," he said.

In the first quarter of 2016, annuity sales have fallen, with £950m invested, down from £1.1bn in the previous quarter.

Braun said: "The fall in annuity sales in the most recent quarter reflects ongoing pressure on rates, which will not have been helped by the recent decision to lower interest rates to a 300-year-low, and further quantitative easing measures."