Insurance Act 2015 will have 'minimal impact' on firms, says S&P

The Insurance Act 2015 will not affect the ratings of UK insurers, according to Standard & Poor's (S&P). 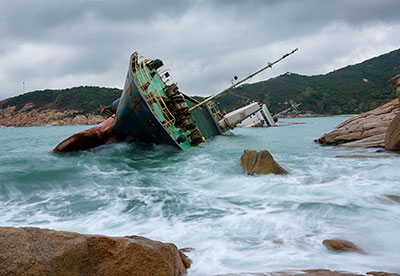 The ratings agency's comment came as the new rule took effect on 12 August 2016. It applies to all commercial policies.

S&P explained there was a lead-in period before the Act's implementation and some insurers had already incurred "modest additional costs" revising their underwriting guidelines or processes and procedures ahead of time.

"We believe that the relatively low implementation costs of the Act () will mean that rated insurers see a minimal impact on their overall financial risk profiles and credit risk."

The new regime is designed to "address an imbalance between policyholder and insurer". The agency believes it creates "additional burdens" on policyholders, who are now required to provide full relevant information to the insurer.

S&P added that the Act will also prevent firms from refusing to pay claims because of a failure to disclose unrelated facts or a failure of an unrelated safeguard.

"For example, an insurer would no longer be able to refuse to pay a flood-related property claim solely due to the sprinkler system not working."

Firms will also be able to "contract out", meaning parties can agree contract terms that are less favorable to policyholders, under certain conditions.

The British Insurance Brokers’ Association (BIBA) is calling on insurers who may choose to "contract out" of the Act or parts of it to be clear about this and bring any disadvantageous terms to the attention of brokers.

BIBA's CEO Steve White said: "The industry has never experienced such a massive change in the legislation governing our practices, and we would like brokers and insurers to engage with each other in a way which adopts the Act's requirements, to create a fair and transparent approach for all."

The Association of Insurance and Risk Managers in Industry and Commerce (Airmic) welcomed the implementation of the new rule but said more work needed to be done by all parties in the market.

Airmic's CEO John Hurrell said: "The Insurance Act is about more than changing procedures, it's a change in culture and this can only develop over time."

"It will be a while before we see the effects of the Act filter through and we therefore urge insurers, policyholders and buyers to continue to work together and to communicate feedback as openly as possible."