Pension funds without robust plans will 'feel the pain' 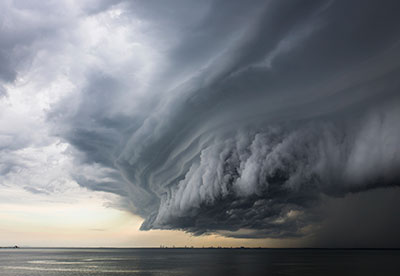 That warning has come from Hymans Robertson partner Patrick Bloomfield, after soaring gilt prices sent the deficit to £950bn for the first time.

Bloomfield said this followed further drops in yields as the Bank of England failed to buy the gilts it hoped to for its latest quantitative easing package, when investors appeared unwilling to sell longer-dated bonds.

He said: "It's doesn't come as a surprise that pension schemes are being hit hard, but the pain won't be felt equally by all.

"The difference between those that had hedged and those that hadn't will be marked. Many schemes with robust funding plans will be able to weather this. But some will be feeling the pain acutely, and there could be more to come."

Bloomfield said above-target inflation would flow through to higher pension indexation, putting yet more pressure on scheme finances and cashflow.

"While pensions are long-term, the past months' events highlight the need for schemes to become more resilient to risk," he said.

"Specifically, they need to ensure they don't take more risk than they need to. They also need to place much closer attention to assessing the financial ability of their sponsoring company to support the scheme now and in the future."

Last week the House of Commons Work and Pensions Select Committee launched an inquiry into the sustainability of defined benefit schemes.

The move follows the committee’s publication of a report on the collapse of BHS. The department store went into administration on 25 April with a pension deficit of £571m.

MPs want investigate the powers of the Pensions Regulator, the suitability of the Pensions Protection Fund and the role of trustees. They will also examine the balance between meeting pension obligations and ensuring the ongoing viability of sponsoring employers.

Frank Field, chair of the committee, said the lessons of BHS "must be learnt".

"This may mean strengthening the powers and resolve of the Pensions Regulator to act early, quickly and firmly with those who seek to avoid their pension responsibilities," he said.

"It is important, however, that businesses that are run reputably and responsibly are not put under undue restriction. Ultimately, defined benefit schemes must be placed on a sustainable footing."

The deadline for written submissions is 23 September.