Sales of enhanced annuities fell by 29% in the first quarter of 2016 against the same period in 2015, risk consultant Willis Towers Watson has said. 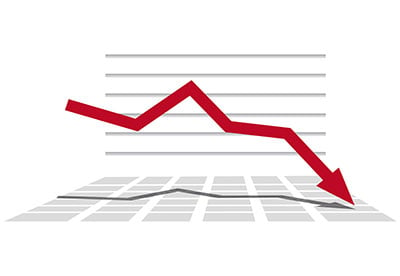 This continued a downward trend that began in 2012 for enhanced annuity sales to people with a reduced life expectancy, the company said its research showed.
Compared to the last three months of 2015, when annuity sales totalled £357.4m, quarterly premiums fell by 29% in the first quarter of 2016 to £254.2m.

Willis Towers Watson director Jeremy Nurse said: "This latest drop wipes out modest gains realised in 2015, with sales now only marginally higher than the eight-year low of £241.5m recorded in the second quarter of 2015."

He said however that the rate of decline might be slowing, bringing some stability back to an annuities market that slumped after the 2014 reforms on pension freedoms.

Unit-linked guarantees had shown a performance "diametrically opposed to enhanced annuities", Nurse said. These fell in the third and fourth quarters of 2015, but increased in the first quarter of 2016.

The total value of premiums sold increased by 17% in the first three months of 2016 compared to the previous quarter, although the average premium per policy fell 2% to £97,240 during the same period.

Nurse said: "The new pension flexibilities introduced in April 2015 had a major impact on the market for enhanced annuities, but these pension freedoms are now settling in and working as intended.

"This is a credit to the providers who have had to work hard to get ready for the new conditions and provide appropriate retirement solutions for customers in the future."