A higher proportion of older people are concerned about their financial future since the EU referendum, the Aviva Real Retirement Report has found. 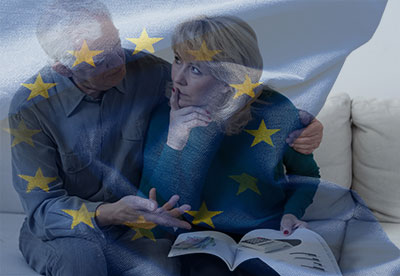 Worries about the effect of Brexit have led to 25% of people aged over 55 having concerns about their retirement finances, up from 19% before the referendum.

This dip in income corresponds with a fall in the percentage of over-55s receiving an income from investments and savings, down to 25% from 29% a year earlier.

But the proportion whose savings included a tax-free lump sum from their pension savings increased to 16%, the highest level since Aviva started tracking the data in the second quarter of 2014.

Aviva said this was likely to result from the launch of 'pension freedoms' in April 2015. Its savings and retirement manager Alistair McQueen said: "The UK is entering uncharted territory after the EU referendum, but with relatively few unretired people beyond the age of 55 having started their retirement planning, it is important not to lose sight of long-term savings goals.

"Tracking attitudes to retirement finances since 2010 has helped Aviva understand and support consumers in the wake of the financial crisis, and our findings offer important lessons for times of uncertainty.

"Deciding how to make the most of our finances so we have enough money to last in retirement, and then budgeting effectively, are consistently picked out as the most important challenges we face in later life."

This article appeared in our August 2016 issue of The Actuary.
Click here to view this issue
Filed in:
08
Topics:
Pensions