Car premiums have started to increase in price while those for homes have continued their upward trend, the AA has said. 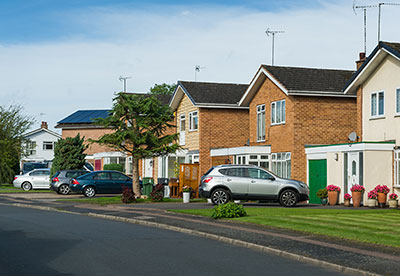 The 2.3% rise in car premiums was however lower than expected for an annual comprehensive car insurance policy over the second quarter, it stated. The typical quote to someone who shopped around for cover rose by £12.56, or 2.3%, to £568.48. The previous quarter had seen a 0.4% fall, but there had been a 10.1% rise over the last three months of 2015.

'Shop-around' is an average of the five cheapest premiums in a nationwide basket derived from both direct and price comparison site markets.

Northern Ireland saw the highest increases in car insurance premiums over the quarter at 7.8%, while Scotland remained the cheapest, at an average shop-around premium of £404, an increase of 2.5% over the quarter.

AA director of insurance Michael Lloyd said: "Premiums have not risen by as much over the second quarter as some commentators predicted, although it's still an upward trend that I expect to continue over the rest of the year.

"But it appears that the steam has gone out of the sharp rises we saw last year and competitive pressure is, once again, beginning to keep prices in check."

He said increasing numbers of car owners would shop around every year and: "As more people look for introductory offers, there is less incentive for companies to offer loss-making prices to attract new business that will, a year later, go elsewhere. So I believe this is one driver of recent premium increases while insurers are looking for ways to better reward customer loyalty."

Mr Lloyd added that bogus or exaggerated whiplash injury claims "remain unacceptably high, thanks to the persistence of cold-calling claims management firms," and, together with rising repair costs and a rise in uninsured driving premiums, were higher than they should be.

Home insurance premiums rose for the third consecutive quarter but just £2 was added to the average shop-around quote for a typical combined buildings and contents policy, an increase of 1.4% to £158.48.

Mr Lloyd said: "We have enjoyed a long run of generally benign weather - and while there have been some costly floods and damaging storms, they have been fewer and less costly than insurance companies expected. As a result, premiums have been falling for some time but are now bouncing back from a historic low.

The more rapid growth in costs for content insurance was caused, he said, by a combination of increasing home contents values and more cases of fraud.