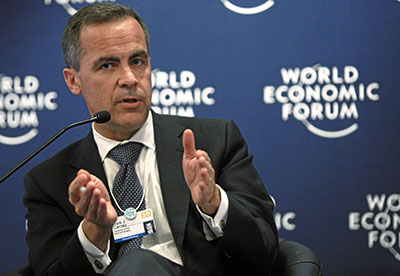 This included the rate cut together with a new term funding scheme, the purchase of up to £10bn of UK corporate bonds and an expansion of the asset purchase scheme for UK government bonds of £60bn, the last three to be financed from central bank reserves.

The term funding scheme will provide funds for banks at interest rates close to bank rate in the hope that this will ease the transmission of the reduction in bank rate to the real economy.

Although the Bank said it expected these measures to assist the economy through the period of uncertainty caused by the vote to leave the European Union, deVere Group chief executive Nigel Green said: "By pulling the trigger and cutting interest rates for the first time in seven and a half years today and boosting [quantitative easing], the Bank of England has delivered yet another painful bloody nose to pensioners and savers.

"This really is a toxic combination for millions of people who rely on pensions and savings."

He said that with interest rates now at their lowest since 1694, gilt yields would fall yet further and so pension deficits will increase when there was already a "mammoth £935bn black hole in defined benefit pension schemes".

Mr Green said this cast doubt over the survival of many company pension schemes, which "will need to make drastic changes to the terms of employees' pension schemes".

He explained: "Survey data shows the referendum has caused significant uncertainty, and it seems certain some kind of negative shock is on the way. "However, sentiment is more volatile than activity, so it's possible the magnitude of the shock will be smaller than the survey data implies."

But Mr Brettell questioned whether lower interest rates and more quantitative easing were the right answers.

Savings already generated "next to nothing" in interest so a cut made it unlikely that savers would "suddenly rush out and spend it instead".

He added: "It's economic uncertainty, not the cost of financing, which is putting businesses off investing at present."

Willem Verhagen, senior economist, multi asset, at NN Investment Partners said: "The easing actions taken today are aimed at mitigating this growth slowdown and thus preventing inflation from falling below target once the exchange rate effect runs out of the inflation data. All this seems the right action to take, given the fact that the risk to inflation expectations is, if anything, a bit to the downside."