PPF compensation may be incompatible with European Law, says Court of Appeal

The Court of Appeal has provisionally ruled that the limits on the Pension Protection Funds compensation for final salary scheme members may be incompatible with European Law, potentially opening the way to a challenge to the terms of the fund. 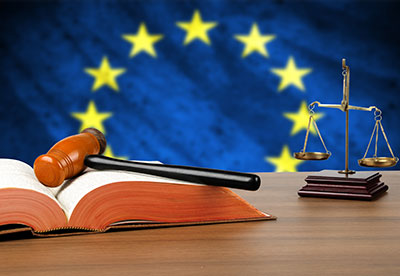 Tom McPhail, head of retirement policy at Hargreaves Lansdown, said: "The judgment does now open up the possibility that the European Court of Justice could rule the PPF compensation terms incompatible with European Law. This in turn could result in Parliament having to modify the terms of the UK's lifeboat scheme to bring it into line with EU law.

"However it is also important to note that this case has already been through a number of stages, including the Pensions Ombudsman and the High Court. Nothing is expected to change in the short term and Brexit events could even end up overtaking any judgment eventually made by the EU Court of Justice."

The case concerned the scheme of the long-defunct engineering company Turner and Newell, which has been in PPF assessment for around 10 years.

Its former managing director in Zambia and Zimbabwe Granville Hampshire brought the case, as after he took early retirement following the company's sale to America's Federal-Mogul Corporation in 1998 he was notified by trustees that his pension would be £48,781.80 a year before tax subject to increase at a minimum rate of 3% per annum.

Federal-Mogul filed for Chapter 11 bankruptcy protection in the United States in 2001 and the T&N Scheme entered PPF assessment in 2006, when it had 34,285 members and assets of £1.1bn.

Mr Hampshire told the court that the scheme's cap, and the fact that he was still not then 65, meant that his 2006 pension was reduced to £19,819 a year, about a 67% reduction in the pension he was contractually entitled to receive.

His lawyers told the court that but for the insolvency of Turner and Newell and the operation of Schedule 7 of the 2004 Act, his pension entitlement would be approximately £76,302 a year.