The government has hurriedly distanced itself from former pensions minister Ros Altmanns questioning of the viability of the triple lock. 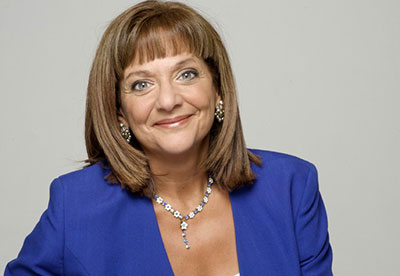 A 10 Downing Street spokeswoman said: "The [Conservative] manifesto contains a commitment to protect the triple lock. That commitment still stands," she said.

The triple-lock was introduced by the Coalition and specifies that pensions must rise by whichever is the higher of the rate of inflation, average earnings or 2.5%.

Baroness Altmann said the policy would prove enormously costly beyond 2020.

In an interview with the Observer newspaper, she said the billions of pounds involved could be better used, and said she had unsuccessfully lobbied former prime minister David Cameron to drop the 2.5% element.

She said: "The triple lock is a political construct, a totemic policy that is easy for politicians to trumpet, but from a pure policy perspective keeping it for ever doesn't make sense. I was proposing a double lock whereby either you increase state pension in line with prices or with earnings.

"Absolutely we must protect pensioner incomes, but the 2.5% bit doesn't make sense. If, for example, we went into a period of deflation where everything, both earnings and prices, was falling then putting pensions up 2.5% is a bit out of all proportion."

Tom McPhail, head of retirement policy at Hargreaves Lansdown, said: "The triple lock was never going to be sustainable in the long term and for as long as it exists, it will divert an ever increasing share of government spending towards pensioners, at the expense of the working population.

"A balance always needs to be struck between protecting the standard of living of pensioners, and not over-burdening taxpayers. There is a strong case for using a dedicated pensioners' RPI measure for inflation-proofing the state pension, rather than either a triple lock, or the double lock proposed by Ros [Altmann]."