Savers can take four steps to protect themselves ahead of the expected fall in interest rates on the back of post-referendum uncertainty, Fidelity International has said. 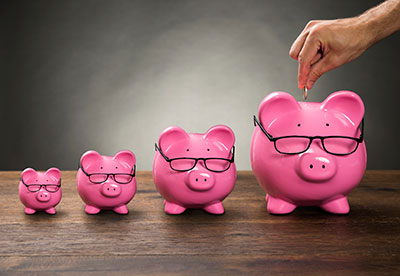 Richard Parkin, its head of pensions, said that it would be some time before the long-term implications for personal finances fully play out, but "the immediate short-term impact has already been felt by savers".

He said annuity rates had plumbed record lows following market volatility in the aftermath of the Brexit vote.

Savers should, he said, shop around for guaranteed income taking expert help to get the best value annuity to suit their needs.

They should avoid compounding losses through large withdrawals under the pension freedom rules.

"In periods of volatility such as now taking large withdrawals is best avoided if possible.," Mr Parkin said.

"There is a risk that they sell at depressed prices making it all the harder for their savings to regain value."

It would be wise to take natural income before accessing capital to avoid the risk of compounding market losses and reducing the ability to generate income in the future.

Finally, he urged savers to look for diversified sources of income in funds that achieve better yields but which can also help mitigate market volatility.