Fire sprinklers should be made a legal requirement in all new warehouses larger than 2,000m2, the Association of British Insurers (ABI) has said. 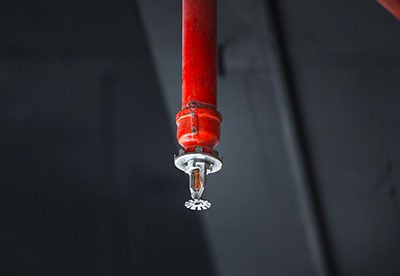 The organisation is calling for the change as the average payout for commercial fires now exceeds £25,000, a spike of 165% since 2004.

James Dalton, ABI's director of general insurance policy, said: "While the number of fires continues to fall, it is alarming that the average cost is rising so sharply."

Guidance from the Department for Communities and Local Government (DCLG) recommends that warehouses in England and Wales should be provided with a fire sprinkler system if they are larger than 20,000m2, but it is not compulsory.

The ABI said this meant only 20% of warehouses between 2,000 and 10,000m2 are fitted with fire sprinklers, according to the British Automatic Fire Sprinkler Associations.

Dalton said the country's approach to sprinklers "remains stuck in the past", as this year marks the 350th commemoration of the Great Fire of London.

"As the Great Fire so strongly demonstrated, failure to prepare buildings to withstand fire can lead to large scale destruction," he said.

"The benefits of sprinklers are clear and it is time to make them a compulsory part of every high-risk building, particularly warehouses."

According to the ABI, legislation is in place in a number of European countries for commercial and industrial properties with significantly smaller sizes than that proposed in current government guidelines.