The Financial Conduct authority has voiced concerns over ways in which non-life firms and intermediaries manage and monitor appointed representatives (ARs). 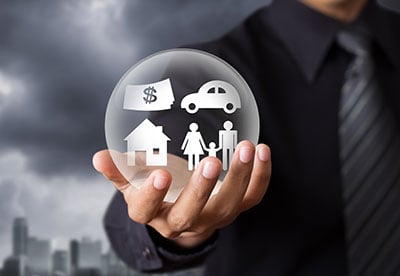 ARs are firms that do not have direct authorisation from the FCA to sell insurance, but instead operate under license from a principal firm - usually an insurer or a broker.

Based on a thematic review, more than half of the 15 principal firms in its sample could not demonstrate that they had effective risk management and control frameworks to identify and manage the risks coming from the activities of their ARs.

The watchdog also found that almost half of these firms could not prove they had understood the nature, scale and complexity of the risks arising from their ARs' activities, and in particular, the risk to customers.

The FCA found a number of examples of potential mis-selling and customer detriment as a result of some of ARs' actions at a third of the principal firms.

Jonathan Davidson, director of retail supervision and authorisations at the FCA said: "General insurance is a large and important sector and we are concerned about the potential for customer detriment arising from the lack of oversight of appointed representatives.

"All principal firms need to consider these findings and look again at their practices."

The regulator has been in contact with five of the firms in the sample with a number of actions.

These include stopping these firms from taking on new representatives and asking two companies to cease or limit the sales activities of existing ARs. The FCA has also required two reviews by skilled people to assess whether any loss or damage has been suffered by customers from mis-selling.

The FCA will also write to chief executives across the general insurance sector to remind them of their expectations.

Mark McIlquham, insurance partner at Deloitte, said: "Some distributors of insurance policies may have believed that being an appointed representative was a lighter touch than being directly regulated. This pronouncement shows once and for all that this is not the case."

Matt Browne, insurance regulatory director at PwC UK, said the findings were likely to have "come as a shock" to some in the industry.

"The FCA's heat is being directed at principals, underlining that the regulator expects them to take full responsibility for anything their appointed representatives do," he said.