Insurers liable for $30bn of world's catastrophes in first half-year

Insured losses caused by natural disasters around the world have cost firms $30bn in the first six months of 2016, according to Impact Forecasting, Aon Benfield's catastrophe model development team. 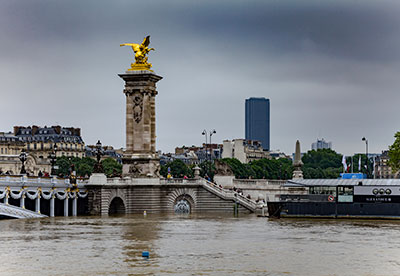 The amount represents 30% of the $98bn of total economic losses, said the firm in its latest half-year catastrophe report.

Earthquakes are the costliest disaster category from an economic perspective, with losses calculated at $34bn, or 30% of the loss total. This was due to two earthquakes that struck Japan's Kumamoto region on 14 and on16 April.

For insurers, a "severe convective storm" is the most expensive catastrophe costing firms $12.3bn, or 42% of the total payout. Most of these losses resulted from major events in the US involving widespread hail, damaging straight-line winds and tornadoes. The US state of Texas alone recorded approximately 55% of all such losses.

Other notable events included flooding in Western Europe, which affected parts of France and Germany. The disaster cost the economy overall $5.5bn and insurers $3.2bn as estimated by Impact Forecasting.

A wildfire that took place in Canada in May was another significant event, with economic losses estimated at $5bn with an insurers' payout of $3.2bn.

Steve Bowen, director within Aon Benfield's Impact Forecasting team, said: "The year has already been highlighted by a significant earthquake sequence in Japan, the Fort McMurray wildfire in Canada, flooding in Western Europe and a series of extensive hailstorms in the United States."

Bowen predicted that later in the year there could be a higher risk of floods in Asia and of hurricanes in the Atlantic.

"With the pending transition to La Niña during the second half of the year, there will be a heightened focus on the risk of flooding across parts of Asia and hurricane landfall in the Atlantic Ocean basin," he said.

"The financial toll of weather disasters during La Niña years has historically been among the costliest on record, and so we will wait to see whether this trend plays out in the coming months."

This article appeared in our July 2016 issue of The Actuary.
Click here to view this issue
Filed in:
07
Topics:
Environment