Pension schemes should focus on the longer term and avoid any knee-jerk reactions to market volatility, the Pensions Regulator (TPR) has said. 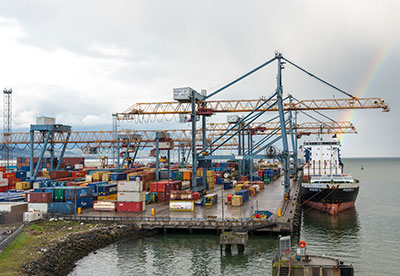 In a statement published following the UK's vote in favour of leaving the EU, it warned trustees and sponsors to remain vigilant and regularly review the circumstances of their schemes, adding that they should not be "overly influenced" by short-term market fluctuations.

For defined benefit (DB) schemes, any impact will be scheme and employer-specific to the sector they are in and trustees are expected to review their employer covenant.

"Trustees should consider how exposed their employer may be to the various risks and opportunities which may come with the transition of trading relationships and potential changes in economic fundamentals, for example in the strength of sterling," said the regulator in the statement.

"This will give them a framework to consider the potential impact on covenant strength and to monitor the development of these factors."

Example areas to consider regarding the impacts on the covenant include: currency cost base; reliance on imports or exports, particularly to the EU; and plans for investment.

Julia Dickson, pensions credit advisory partner at PwC, said: "While there will be many possible business plan scenarios being developed, trustees should understand the dependence of corporate cash flows on exchange rates, EU employees, imports and exports from which to consider positive and negative impacts at this stage."

She suggested that trustees look at any changes proposed to the corporate's investment strategy, and how this may affect affordability.

"If employers are cutting back on their planned capital expenditure, trustees should assess whether this could affect anticipated growth plans," she said.

"Trustees should also ensure that they are aware of any proposed changes to dividend policies to ensure there is a balance between deficit repair contributions and dividends."

For defined contribution (DC) schemes, the regulator urged trustees to continue to review the performance of individual funds. As the implication of Brexit becomes clear, they may also consider making changes to the investments included in the scheme's default arrangement or the investments offered to members.

"One of the key impacts on DC members following Brexit is the fall in gilt yields, which has made annuities even more expensive to buy," she said.

"Having an appropriate de-risking strategy that matches what members are most likely to do remains vital."

TPR will continue to monitor market developments and will provide more guidance as necessary. It will also engage with institutions such as the European Insurance and Occupational Pensions Authority while waiting for further clarity on the UK's future relationship with the EU and any transitional arrangements.

This article appeared in our July 2016 issue of The Actuary.
Click here to view this issue
Filed in
07
Topics
Investment