Robo-advice has 'major role to play' but is not a threat, say advisers

Robo-advice gives savers a choice of accessing advice but does not threaten businesses, according to advisers. 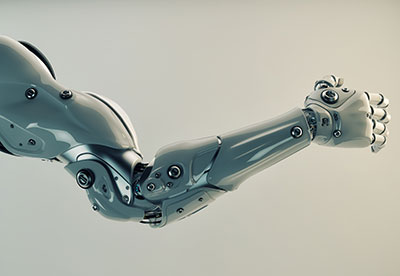 Based on a survey of 104 retirement and investment experts, 71% are not concerned that their business will suffer with the launch of technology-led and 'low-cost' alternatives.

Metlife, who commissioned the research, believes this is because of potential demand from savers for face-to-face advice.

In a separate research, the company found 36% of 1,075 UK adults would look for independent financial advice when planning for their retirement. That figure rises to 44% among those aged under 34.

Simon Massey, wealth management director at MetLife UK, said the technology had "a major role to play" in ensuring savers have as wide a choice as possible of how they get advice.

However he added: "Advisers are right to be confident that they can prosper alongside robo-advice as the value of face-to-face independent financial advice is clear and demonstrated by the potential demand from savers."

The life insurer said there could be further demand if advisers could demonstrate how they can help safeguard retirement income more effectively than savers can themselves.

Around two thirds (63%) of people said they would consider finding an expert if they were convinced that it would be cost-effective in guaranteeing income. For those aged between 25 and 34, the figure grew to 74%.

"What is even more interesting is that savers clearly want increased certainty over retirement income and that demand for advice will rise if advisers can prove how they can safeguard income in retirement," said Massey.

Developing technology-based services has been a focus of Project Innovate as part of the Financial Conduct Authority's (FCA) attempt to introduce innovative financial products.

The Financial Advice Market Review, published in March, recommended that the FCA extend the work of the project to help firms develop automated advice models.