The Halcrow Pensioners Association (HPA) has announced it will launch a legal challenge to protect the Halcrow pension scheme from being altered. 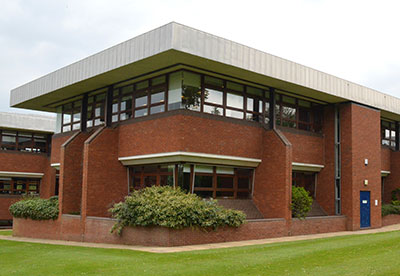 The decision comes after a deal was agreed between The Pensions Regulator (TPR), the scheme's sponsoring employer Halcrow, its parent firm CH2M and the scheme trustees.

Irwin Mitchell, the law firm representing HPA, will challenge the regulator's agreement at the Upper Tribunal in London.

The law firm said the deal, which invokes Regulated Apportionment Arrangements (RAAs), would set "a precedent for millions of other pensioners in the 80% of defined benefit schemes that are underfunded".

The scheme is reported to have had a deficit of £258m at the end of 2014. Its members had been contacted by the trustees and given the choice of transferring to a new scheme with reduced benefits or being transferred into the Pension Protection Fund.

Martin Jenkins, pensions partner at Irwin Mitchell, described the agreement as "bad news" and argued members were given a "stark ultimatum" as they were not consulted about it.

"The key point about this is that scheme members have been provided with very little of the information about the scheme finances to which they are entitled, and no opportunity for consultation," he said.

Members have until 5 August to make their decision, but Jenkins believed "sufficient time and resources" were needed "to make a thorough and independent review".

In response to Jenkins' comment, TPR said: "We appreciate that this is a difficult time for pension scheme members but remain of the view that this was the best outcome that could be achieved in very difficult circumstances. The pension trustees, representing members interests, are of the same view."

Jenkins added the regulator had "not been given full and accurate information" and did not believe the company would go bankrupt.

He said: "The regulator issued the RAA because of the threat by CH2M to force Halcrow into immediate insolvency, with the loss of thousands of jobs. However, the Association does not believe that this threat is credible."

TPR argued: "The trustees sought independent financial advice, which confirmed that insolvency was inevitable. We were satisfied by this conclusion.

"This type of pension restructuring is rare, and we will only agree where stringent tests are met, so that they are not abused."

The Actuary has also got in touch with CH2M for a comment. A spokesman said: "The Halcrow Pensioners Association clearly do not understand the economics of the situation and we are deeply concerned that a small group of activists are placing at risk the future savings of thousands of pension scheme members based on this misinformation.

"The Pensions Regulator, the Halcrow Pension Scheme Trustees and Halcrow have worked closely together to develop an approach that was agreed as the best way forward and prevents the scheme entering the Pension Protection Fund. This small group does not speak for the wider interests of the scheme members."