TPR steps in to save pensions and jobs at Halcrow

A deal has been agreed between the Pensions Regulator (TPR) and the engineering consultancy in order to keep its pension scheme out of the Pension Protection Fund (PPF) and avoid the firm's insolvency. 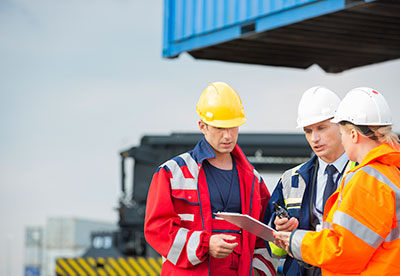 According to a TPR report published today, this involves giving members an option of either transferring their pensions to a new scheme called HPS2 or to the PPF. Members have until August to make their decision.

HPS2 would offer benefits above those provided by the PPF,  but lower than the benefits members would have received under the original scheme. HPS2 would still be backed by HGL with a £50m guarantee from the parent company.

Members who do not consent to transferring over to HPS2 will have their pensions entered automatically into the PPF.

As a result of the regulator's approval, the scheme will receive £80m as a cash lump sum, "which is more than it would have received in the insolvency of HGL", plus a minimum 25%, and maximum 45%, equity stake in the firm.

TPR said in practice, this would be split between the new scheme and the PPF, depending on the number of members who choose to transfer.

Lesley Titcomb, chief executive of TPR, said: "The agreement in this case gives members the option to transfer to a new scheme providing pensions above PPF compensation levels, while also preserving jobs and growth by avoiding HGL's insolvency."

HGL was loss-making when it was acquired by CH2M in September 2011, TPR said. Following its 2011 valuation, trustees noted pension obligations were "significant" compared to the financial strength of the firm. As at 31 December 2015 the scheme had 3,204 members.

Negotiations between the trustees and HGL continued, but the contributions that HGL could afford were still "well below" the amount needed to fund the scheme appropriately.

Between August and October 2014, CH2M and HGL proposed changing the benefits that the scheme was set up to pay. "They considered this to be preferential to the insolvency of HGL and the scheme entering the PPF," said TPR in the report.

The proposal involved bulk transfer of all members - without their consent- to a new scheme with reduced benefits.

However, the High Court of Justice rejected the proposal and asked the company and its parent to develop an alternative solution.

Since December 2015 the terms of a proposal were negotiated, which would involve similar changes to member benefits but on a consensual basis.

The regulator argued RAAs were "extremely uncommon" and would only be approved if certain tests were met.

"This type of pension restructuring is rare, and we will only agree where stringent tests are met, so that they are not abused," said Titcomb.

A CH2M spokesman said: "Halcrow and the Halcrow Pension Scheme Trustees have worked together to develop a solution that will protect members' benefits and ensure that Halcrow remains a sustainable company, preserving investment and jobs in the UK.

"In all situations Halcrow Pension Scheme members will be better off under the new scheme than they would be in the Pension Protection Fund."

This article appeared in our July 2016 issue of The Actuary.
Click here to view this issue
Filed in:
07
Topics:
Pensions