The UK government has proposed to alter rules so automated vehicles can be insured for use on roads, according to a consultation published today. 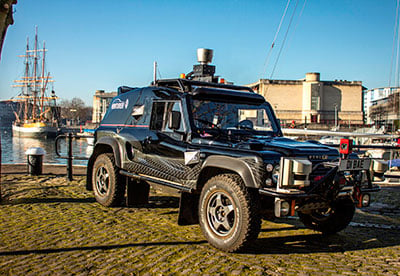 Transport Secretary Patrick McLoughlin said: "I want everyone to have the chance to have a say on how we embrace and use these technologies.

"Our roads are already some of the safest in the world and increasing advanced driver assist and driverless technologies have the potential to help cut the number of accidents further."

The government plans to make a set of small changes that would apply to those buying automated vehicles.

They said insurance would remain compulsory for such vehicles and would also be extended to cover product liability.

The departments also require product liability insurance to cover injuries to the 'not at fault' automated vehicle driver as well as passengers and third parties.

In addition, a system should be developed to classify an automated car so that manufacturers, insurers and consumers know which vehicles this particular insurance requirement applies to.

Earlier this year the Association of British Insurers (ABI) and a team of insurance companies formed the Automated Driving Insurer Group to look at key issues relating to the technology, particularly concerning insurance and liability.

The ABI's director of general insurance policy James Dalton said the group had been in discussions with the DfT, adding: "It is good to see the importance of insurance to the vehicles of the future recognised within this consultation.

"Insurers strongly support the government's ambition of making the UK a world leader in this technology and believe the insurance industry has a key role in helping give consumers confidence in using these vehicles when they become more widely available."

The Highway Code and other driving regulations will also be altered so systems that change lanes on the motorway and park the vehicle by remote control can be used safely, said the DfT.

The proposals come after the first death involving a Tesla driverless car, which took place in the US in May.

The consultation closes on 9 September.