The damage caused by the Great Fire of London would lead to an insurance payout of at least £37bn by today's standards as estimated by the Association of British Insurers (ABI). 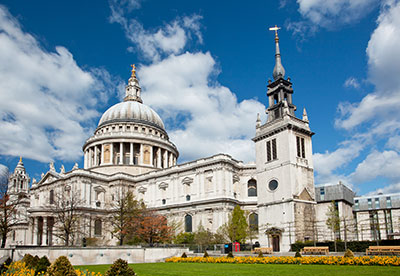 The calculation was made prior to the 350th commemoration of the incident on 2 September.

The figure is based on an estimated number of buildings within the affected area and the proportion of commercial and retail space.

To determine rebuilding costs, the ABI first set out an average number of floors and building types, metres squared per floor and a relationship between rent and building costs per metre squared. This came to around £34bn.

The organisation then added costs of the City's skyscrapers that were adjusted to today's prices. This totalled just over £3bn.

James Dalton, director of general insurance policy at the ABI, said: "The Great Fire of London led to the modern insurance industry we know today.

"The damage of the fire was on an unprecedented scale and it is difficult to imagine now that no insurance policies were in place for any of the damage caused."

The disaster took place in central parts of London from 2 to 5 September 1666.

Starting in a bakery on Pudding Lane, it damaged more than 13,500 homes and 87 churches, including St Paul's.

The trade body said that at the time, fixing St Paul's cost £700,000. This would equal around £600m today, according to estimations by Ecclesiastical's principal risk management surveyor, Bob Johnson.

Citing the Museum of London, the ABI said the amount used to rebuild the city was estimated at £10m. Money was collected from churches across the country.

The creation of the London Fire Engine Establishment (LFEE) came later in 1833, an organisation run by several insurers.

Lobbying from insurance companies and LFEE led to the formation of the Metropolitan Fire Brigade in 1866.