The UK government has been urged to control the implementation of the pensions dashboard rather than to let the industry to do so, according to a report by the Centre for Policy Studies (CPS). 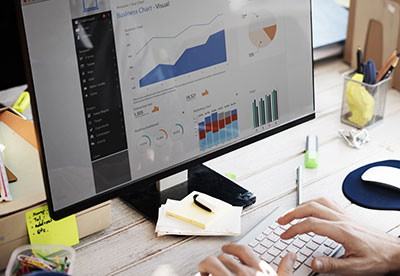 The dashboard is a digital interface where users can view all their retirement savings in one place. The government announced plans to launch the project by 2019.

However, Michael Johnson, author of the report and a CPS research fellow, felt the government had "chosen to steer the boat rather than to row it" and sought "to nudge the industry to lead".

For instance, he said there was no formal request for a proposal detailing the dashboard's key architectural features, capabilities and security and testing criteria.

He said a fully functioning dashboard could drive competition, highlight "poor performing, high charging providers" and make it harder for them to retain customers. However, Johnson also emphasised the danger of letting providers lead the project.

"Some have little interest in seeing a consumer-empowering dashboard materialise: they could choose to play chicken with the government," he said in the report.

The document also outlined a number of other proposals concerning dashboard implementation.

For example, economic secretary to the Treasury Harriet Baldwin, described by Johnson as  "the dashboard's ministerial champion", should establish an independent governing board to help ensure delivery of the project.

In response to Johnson's comments, the Treasury stated the government was "actively supporting the industry".

"An effective dashboard will be crucial in helping consumers make informed choices for pension saving and retirement and we are absolutely committed to this project," said a spokeswoman.

"The Treasury has been engaging with the industry to agree a clear way ahead, including putting the appropriate governance structures in place. Good progress is being made and we will set out our next steps in due course."

Other suggestions outlined in the document included hosting the dashboard on a "gov.uk" website, requesting a prototype to be built for 4.6 million members of the local government pension scheme, and setting some interim delivery dates for the dashboard, ahead of final delivery in 2019.

Johnson also concluded the project was "just the beginning" and should be the first step to a more comprehensive display all other aspects of personal finances.

"It should display bank balances, savings accounts and investments alongside liabilities so that, for example, users would be a mouse click away from offsetting high cost credit card overdrafts and consumer loans against any positive cash balances," he said.