East London has the highest proportion of uninsured cars in the UK, with 13.4% of vehicles without cover, as revealed by Churchill Car Insurance. 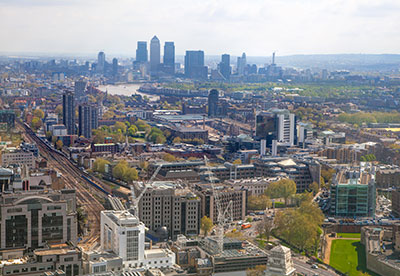 There are currently around 34,436 vehicles lacking insurance in areas with an E postcode such as Newham, Waltham Forest and Redbridge.

Based on data provided by the Motor Insurers’ Bureau (MIB), the insurance firm said that in an event of an accident taking place in East London, there would be a one in eight chance of it involving an uninsured vehicle.

Five of the top 10 locations with the highest proportions of uninsured cars are in London. East Central London, incorporating areas with an EC postcode such as City of London and parts of Tower Hamlets, is also included in the list.

Ashton West, CEO at the MIB, said: "Only four years ago, East London was the home of the Olympics, a focus of immense pride. Today it's been given a less welcome title: that of the home of uninsured driving."

In absolute terms, Birmingham has the highest number of cars lacking cover, with 55,142 vehicles unprotected.

However, Birmingham city has a lower proportion (4.4%) due to the amount of total vehicles it has, which stands at 1,250,000, said Churchill.

Mark Chiappino, honest motoring champion at Churchill, is calling for greater awareness of the risks of uninsured driving in the UK and for tougher penalties for those convicted this offence.

"The number of uninsured vehicles on the roads is alarming. Car insurance is a legal requirement but hundreds of thousands of motorists continue to flout the law," he said.

"Drivers across the UK are paying higher premiums as a result of unscrupulous drivers that fail to insure their vehicles."

Top 10 areas with the highest proportion of cars with no protection: