A driver has been killed in an accident in the US using an automated vehicle produced by Tesla. 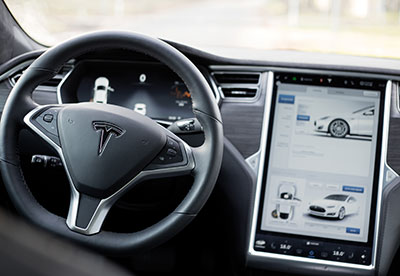 According to a police report published in the Levy County Journal, the man was killed on 7 May in Williston, Florida, when his Tesla Model S vehicle collided with a truck.

The journal said the top of the car "was torn off by the force of the collision". The truck driver was not injured in the crash.

In a statement issued by Tesla, this was the first known fatality despite the fact that the vehicle's autopilot was activated. This feature allows the car to change lanes and manage speed to avoid collisions from the front and the sides.

But the technology company said: "Neither autopilot nor the driver noticed the white side of the tractor trailer against a brightly lit sky, so the brake was not applied."

The firm acknowledged that autopilot "is not perfect and still requires the driver to remain alert" but added: "Nonetheless, when used in conjunction with driver oversight, the data is unequivocal that autopilot reduces driver workload and results in a statistically significant improvement in safety when compared to purely manual driving."

The Association of British Insurers (ABI) said at this point, it was too early know the implications of the accident on insurance.

Ben Howarth, motor policy adviser at the ABI, said: "Automated driving technology has the potential to make the roads significantly safer, provided that it is carefully tested.

"We expect the technology to become more advanced in future, but for now it is important that drivers know that they need to monitor the road and retain overall control of the vehicle at all times."