Secondary annuity market should be put on hold, say advisers

Plans to extend pension freedoms to existing annuity holders should be suspended because of Brexit, according to the Association of Professional Financial Advisers (APFA). 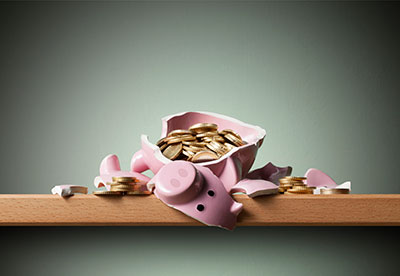 Their comments come in response to a consultation on the rules of a secondary annuity market, launched by the Financial Conduct Authority.

The APFA argues now that the UK public has voted to leave the EU as a result of last week's referendum, the financial markets are facing "considerable uncertainty and upheaval" and advisers, clients and the public "have a lot on their plate" to cope with over the next few years.

In addition, APFA has concerns over the workability of the proposals, as the "vast majority of advisers" who have spoken to the organisation have no interest in such a market.

APFA director general Chris Hannant said: "There is therefore the risk of a mismatch of supply and demand, particularly given the creation of a mandatory advice requirement for those whose annuities are valued above a certain threshold."

The organisation outlined a number of concerns, including lack of clarity as to what will constitute a suitable reason for someone to assign their annuity income rights.

Hannant said: "I believe the correct course of action is to shelve these plans until advisers and their clients have had the time to digest and work through the current market uncertainty."

Earlier this month experts predicted there would be little appetite from buyers to be involved in the market because of the complexity in trading guaranteed incomes.

Meanwhile, the Institute and Faculty of Actuaries (IFoA) stresses the importance for robust plans to be put in place to protect consumers from potential mis-selling.

In its consultation response, the IFoA outlines some issues including longevity risk, people's expectations and potential scams.

Fiona Morrison, immediate past president of the IFoA, warned giving up a guaranteed income could increase the risk of inadequate income in retirement.

She said: "If an individual underestimates their future life expectancy and plans the remainder of their retirement income accordingly without a guaranteed pension income, they are likely to run out of savings before they die."

A survey commissioned by the IFoA highlighted most annuitants were likely to struggle to place a value on their income and "may have unrealistic expectations" of the amount they could receive if they were sell their incomes.

The study found on average annuitants would accept a lump sum of 94% of the total amount of future payments. Four in 10 expected to receive nothing less than 100% of their guaranteed income.

Morrison added people were likely to be vulnerable to "undue influence from others".

She said: "In order to protect those most at risk of mis-selling, a robust framework of consumer protections and communications to annuitants must be put in place so they understand the potential risks they may be undertaking by cashing in their annuity."