Female part-time workers are being excluded from workplace pensions due to their eligibility, according to a report by the Trades Union Congress (TUC). 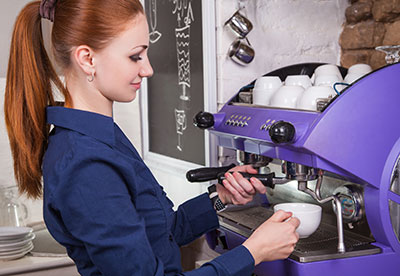 The report Unfinished Business: Building a fresh consensus on workplace pensions found that from analysis of official data 4.6 million UK workers earn less than £10,000. To be eligible, an employee must be earning more than this figure.

Of those who earn below the threshold, 3.4 million are women.

The TUC said the problem was particularly acute for part-time workers, with more than half (57%) of these employees making less than £10,000.

By being excluded from the scheme these workers miss out on the employer contributions, they said.

The union added that those whose earnings from multiple jobs total more than the threshold also miss out on automatic enrolment.

"It is hard to obtain data to show a worker's two jobs add up to more than £10,000 a year in earnings," said the TUC in the report. "It would also be difficult to determine which employer should be liable for contributions."

So far, six million people are automatically enrolled into a workplace pension.

She said: "We need to remove the barrier of the earnings trigger so that the millions of workers in part-time work, including those holding down multiple jobs, are automatically enrolled onto workplace pensions too."

The TUC is calling for the government to use a planned review of automatic enrolment, due in 2017, to develop a roadmap, which should set out how more low-paid workers are included into workplace pensions and that contributions are raised to a level that gives workers a good chance of a decent income in retirement.

To help this process, the union outlined a number of policy options that could improve savings for low and middle earners, including a reform of the system of band earnings and auto-escalation by pay increase.

O'Grady added: "Too many people are only receiving the legal minimum pension contributions. We need a clear plan to increase the money going into pensions to give workers a good chance of a decent retirement."