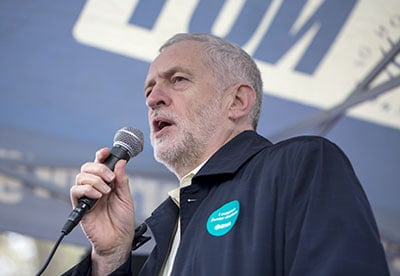 She takes over the role from Owen Smith who resigned yesterday.

Abrahams has been the MP for Oldham East and Saddleworth since a by-election in January 2011.

Abrahams was a member of the Work and Pensions Select Committee from June 2011to March 2015. She was re-elected for the same role in July 2015 until her appointment as shadow minister for disabled people in September 2015.

Meanwhile, shadow pensions minister Angela Rayner has been moved to the role of minister for women and equalities.

The Labour press office told The Actuary at the time of writing no replacement had been made for Rayner's position as shadow pensions minister.

The appointments form part of Labour leader Jeremy Corbyn's current shadow cabinet reshuffle, following the resignation of 19 shadow ministers over the weekend and amid calls for Corbyn to step down as opposition leader.

Following the result of the EU referendum where the public backed Leave by a vote 52% to 48%, the Labour leader has been accused of not doing enough to persuade his party members to support the Remain camp.

Nearly two thirds of Labour supporters (63%) voted to stay in the EU.

He issued a statement yesterday in which he confirmed he had no intention of resigning as party leader, saying: "I regret there have been resignations from my shadow cabinet. But I am not going to betray the trust of those who voted for me - or the millions of supporters across the country who need Labour to represent them.

"Those who want to change Labour's leadership will have to stand in a democratic election, in which I will be a candidate."