By 2030, businesses could cut its greenhouse gas emissions globally by 3.7 billion of metric tones of carbon dioxide (CO2) per year, according to a report published today. 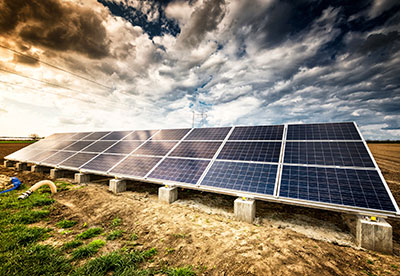 This is equivalent to 60% of total emission cuts pledged by all countries in the Paris Climate Agreement, also known as COP21.

Based by a study conducted by New Climate Institute and CDP (formerly known as the Carbon Disclosure Project), the report examines what five global climate action initiatives could achieve if businesses were to join them.

These initiatives are: RE100 - where companies commit to 100% renewable power; EP100 - where firms devote to doubling their energy productivity; Science Based Targets - where businesses set emission reduction targets based on keeping temperature change below 2ºC; Zero De-forestation - which sees firms commit to the non-use of commodities that cause deforestation by 2020; and the Low Carbon Technology Partnerships Initiative - where companies work to develop and use low carbon technology in their industries.

Under current plans where firms voluntarily join these initiatives, the amount of CO2 emissions saved by 2030 is 3.7 billion of metric tonnes a year.

However, under the best case scenario, if all relevant companies signed up - possible as a result of changes in regulation or government policies - the figure could reach 10 billion.

The report also estimated the number of companies signing up to these initiatives could rise from 300 today to more than 3,500 by 2030.

CDP's CEO Paul Simpson said: "This report makes it clear that businesses will have an enormous role to play in enabling the global economy to achieve - and exceed - its climate goals. With this potential comes great opportunity to build resilience, innovate and safeguard future profitability.

"The only way is up for business action on climate change. But we must not head into this future blind: Disclosure of climate information will be essential to keep track of corporate progress, spur greater action and help business achieve its ambition."

This article appeared in our June 2016 issue of The Actuary.
Click here to view this issue
Filed in
06
Topics
Environment