Brexit: UK ready to face the future 'from a position of strength', says chancellor

George Osborne announced today that the UK government has worked systematically through a plan on the uncertainties faced following the outcome of the referendum. 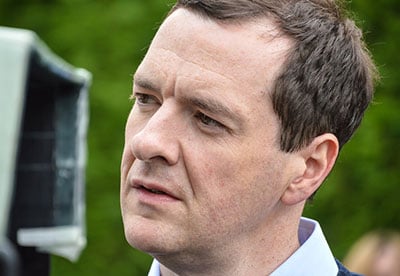 On Thursday the UK public voted for a Brexit by 51.9% to 48.1%. The value of the pound plummeted overnight to a 31-year low against the dollar.

The country can only leave the EU officially by triggering a formal notice called Article 50, which gives the government two years to negotiate the exit.

Osborne's comments were his first public statement since the referendum result.

The chancellor acknowledged that the economy would have to adjust to a new situation and identified three challenges: volatility, short-term uncertainty and ensuring a long-term economic relationship with Europe.

On market volatility, Osborne said the Treasury, the Bank of England, the Financial Conduct Authority and the Prudential Regulatory Authority had put contingency plans in place to deal with the consequences of a Brexit.

On short-term uncertainty, he said: "No one should doubt our resolve to maintain the fiscal stability we have delivered for this country.

"To all companies large and small I would say this: the British economy is fundamentally strong, we are highly competitive and we are open for business."

As for Britain's long-term relationships with international economies, the chancellor said the government would have to determine what the terms of the Brexit should be, and stressed the importance of continuing close ties with Europe, North America, the Commonwealth and other partners such as China and India.

"I do not want Britain to turn its back on Europe or the rest of the world," he said.

His comments came after David Cameron's announcement on Friday to step down as prime minister, leaving his successor to trigger Article 50.

Organisations such as the International Monetary Fund (IMF) and the United Nations (UN) have called for the UK's decision to leave the EU to be respected.

IMF's managing director Christine Lagarde urged authorities in the UK and Europe to "work collaboratively to ensure a smooth transition to a new economic relationship" between the two places.

A spokesman for the UN's secretary-general Ban Ki-moon said: "The secretary-general expects the European Union to continue to be a solid partner for the United Nations on development and humanitarian issues, as well as peace and security, including migration.

"He also expects that the United Kingdom will continue to exercise its leadership in many areas, including international development. He very much hopes that this will continue."