The value of the pound had continued to drop due to the UKs decision to leave the EU, and has fallen below $1.32 against the US dollar. 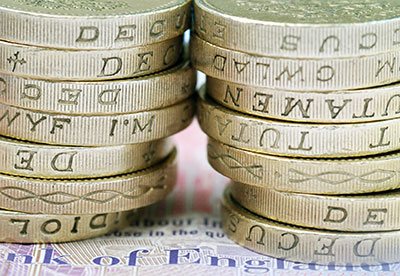 Hargreaves Lansdown said this was the lowest level since 1985. The pound also slipped below 1.20 against the euro this morning for the first time in more than two years.

The firm's senior analyst Chris Saint said: "It's a sea of red for sterling again this morning as investor sentiment continues to sour after the UK's vote to leave the EU."

He predicted exchange rates to "inevitably remain very volatile in the coming days and weeks" due to the implications of the referendum result on currency markets.

Saint added Brexit had driven investors towards "safe haven currencies", such as the Japanese yen.

"The yen rose by a huge 12% against the pound on Friday and has gained almost 4% more today, despite Japanese authorities saying they will intervene to try to stem the yen's rise if they deem it excessive."

Nigel Green, founder and CEO of deVere Group, agreed, saying: "Investors around the world on Friday will pile into safety and prompt a significant shift in global markets from risky assets to safe havens.

"The world's currencies, equities and bonds are now on magical mystery tour - at least in the short-term. For instance, the FTSE will tumble, the pound is already in freefall, and investors will be gearing up for probable shifts in the Swiss Franc, to the price of gold, and to monetary policies globally."

However, Green added the impact of Brexit could offer opportunities for investors to "go bargain-hunting".

He said: "They [investors] will, understandably, be seeking high quality equities, amongst other assets, that have become cheaper so that they might top up their portfolios and/or take advantage of lower entry points, which means greater potential returns."

This article appeared in our June 2016 issue of The Actuary.
Click here to view this issue
Filed in
06
Topics
Investment