UK pension deficit jumps by £80bn overnight due to Brexit

The gap in UK defined benefit (DB) pension funding has now reached £900bn, an increase of £80bn from yesterday, as a result of UK's decision of leaving the EU, Hymans Robertson has confirmed. 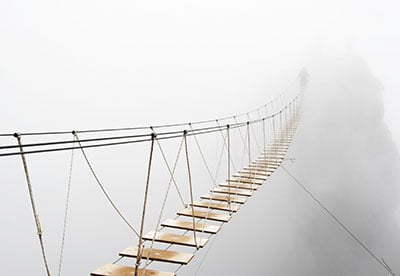 However, pension experts urged savers and trustees "not to panic" and warned schemes against "knee-jerk reactions" to short-term market volatility.

However, he added pension funds were vulnerable to uncertainties.

"Following the vote to Leave, it's likely that falls in expectations for UK GDP growth will weigh on equity markets and on interest rates - putting more pressure on funding deficits," he said.

Commenting on sponsor covenant, Hatchett said companies would need their contingency plans, adding: "Trustees will rightly want to understand what these plans look like, and reassess their scheme funding strategies accordingly."

Hugh Nolan, director at Spence & Partners, agreed that funding was a long-term proposition and schemes should avoid any "knee-jerk reactions".

Nolan also believed trustees could potentially take advantage of the expected in market volatility to reach their investment objectives.

"Setting clear targets in advance and monitoring market movements will allow schemes to trigger investment switches whenever market conditions are favourable, locking in improvements as they happen without needing extensive discussions that lead to missed chances."

KPMG partner David Fairs predicted a Brexit would make it difficult to plan in the short term for those expecting to retire soon.

He suggested deferring retirement until markets stabilise, but added: "There might well be short-term opportunities to bag a bargain in volatile markets if interest rates rise and they have overseas holdings".

"For long-term pension investors who may be seeing the value of their retirement savings falling today, the key message is to do nothing unless you have to," he said.

"We are likely to experience a period of volatility in the markets and uncertainty in the wider economy, in these conditions, acting in haste is unlikely to serve well."