Insurers 'geared up' for heavy rain in London and South East

Insurance companies are prepared to help customers in dealing with thunderstorms and heavy rain that took place overnight into this morning, causing flooding in parts of South East England. 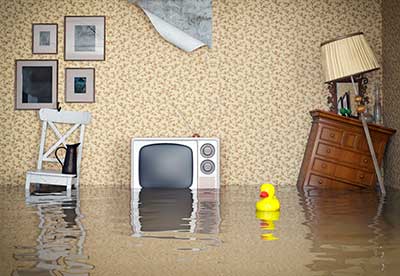 Malcolm Tarling, chief media relations officer at the Association of British Insurers, said: "Insurers expect storms and flooding to strike at any time, and will be geared up to help customers who have suffered flood and storm damage recover as quickly as possible."

Reinsurance scheme Flood Re told The Actuary it did not have any direct involvement with managing homeowners' claims.

But a spokeswoman added: "We have, however, been in touch with the Association of British Insurers who are liaising with insurers to understand how many properties may be affected.

"We are also contacting the insurers who are working with Flood Re to get an early indication of how many claims may come to Flood Re."

As of 14:00 today the Environment Agency has issued seven flood warnings and 40 alerts.

The Agency said a number of rivers in the London area had reached "their highest recorded river levels over the past 24 hours".

A spokesperson said: "The high volume of weather related emergency calls received between 01:30 and 06:30 this morning is nearly twice the total number of all 999 calls that our control officers deal with in a normal day."

This morning the Brigade reported flooding in Romford after the River Rom burst its bank, affecting 60 homes.

The Brigade said this morning it rescued 50 residents from Penn Gardens. Another 60 people were rescued from nearby Frinton Road. As of 14:00 the waters were receding in Romford.

Station manager Rod Vitalis, who was at the scene, said: "We are expecting more heavy rainfall later today and so possibly more localised flooding."