UK adults are not taking steps to reduce the chances of developing illnesses, even someone they know has experienced a serious condition, according to research released today by Royal London. 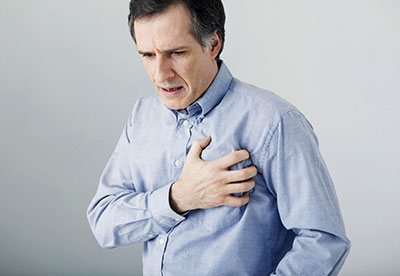 The life insurer believes this is because they don't know what to do or don't believe there is anything they can do.

Based on a survey of 2,093 UK adults, almost nine in 10 (85%) know someone who has been diagnosed with cancer, heart disease, diabetes, dementia, Alzheimer's, multiple sclerosis or a stroke.

However, 70% have not taken action to reduce the chances of developing dementia or Alzheimer's. More than half (58%) has not done so to avoid suffering a stroke.

This is followed by cancer (56%) and diabetes (56%). Meanwhile, more than two fifths (42%) have not taken steps against heart disease.

Commenting on this, Trisha Macnair, community doctor at Milford Hospital and Royal Surrey County Hospital, argues "there is so much" that people can do to stay healthy and help prevent serious conditions.

"They may have a vague idea of a few things they should be addressing, but even if they witness a loved-one battling with illness, this is often still not enough to motivate them to protect themselves," she said.

Macnair is also calling on more action from policymakers and health authorities to encourage people to improve their health, such as facilitating gym access with funding or raising tax on alcohol to reduce consumption.

Dementia and Alzheimer's are the illnesses where respondents are least confident of knowing how to reduce their risks of developing, with 59% stating they don't know how to or don't think there is anything they can do.

Cancer is the second biggest condition where 51% of people demonstrated limited confidence, followed by stroke (44%), heart disease (25%) and diabetes (25%).

Debbie Kennedy, head of protection for Royal London Intermediary, said the findings showed a link between people taking action against developing illnesses and the instances of these falling, "making a strong case for the nation to start taking some simple steps to lead a healthier lifestyle".

Heart disease is the least-ignored condition, with 55% of respondents having taken steps to avoid it and only 11% saying they do not know how to do so.

Royal London added deaths caused by disease of the circulatory system in the UK were down 4.1% from 2012 to 2014, according to the British Heart Foundation.

The research also found that as people get older, they are more likely to have taken preventative measures.

Those aged 55 and over are the most likely to have taken steps to reduce their chances of developing them, while people aged 25-34 and 35-44 are the least likely to do so.

Macnair said younger people tend to push health to the back of their mind because they had "other more exciting things to focus on".

"Younger people especially tend to feel invincible and don't want to dwell on health issues or imagine they might one day develop a chronic illness," she said.

This article appeared in our June 2016 issue of The Actuary.
Click here to view this issue
Filed in
06
Topics
Health care