UK private firms are spending around 20 times more on pensions of their older employees than younger staff, according to a report published by Intergenerational Foundation (IF).

UK private firms are spending around 20 times more on pensions of their older employees than younger staff, according to a report published by Intergenerational Foundation (IF). 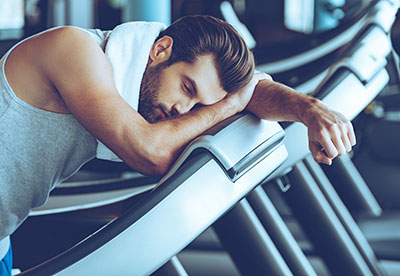 By contrast, UK companies are spending £1.8bn a year on defined contribution (DC) schemes, which goes to the younger two-thirds of scheme members.

The charity explained this was the equivalent to £23,600 a year given to the average worker in a DB scheme, 20 times more than the typical younger worker in a DC scheme who receives £1,200 a year.

The IF argued the cost of such DB schemes was preventing firms from "expanding, investing, or increasing the pay and pension contributions of younger staff members".

IF co-founder Angus Hanton said: "The burden of having to divert huge sums of money to fund final salary pension promises is effectively choking UK companies and acting as a drag on investing for younger workers."

He added companies had been "forced into a crippling treadmill because of unaffordable commitments made 20 to 30 years ago".

The report follows an inquiry launched by the Work and Pensions Committee into ‘intergenerational fairness’ - the question of whether older people were better off than younger generations. The investigation is currently ongoing.

The charity outlined a set of proposals to remove the disparity between generations, including changing the inflation measure of DB schemes from the Retail Prices Index (RPI) to the Consumer Prices Index (CPI), a move the think tank claims could save £116bn over the next 50 years.

The IF said high profile examples of businesses facing DB pension deficits included Tata Steel at £770m, BHS at £571m and BT at £10.6bn. BT will need to take £1bn a year out of the business until 2030 in order to redress its pension liability.

The committee has also announced plans to launch an inquiry into the sustainability of DB schemes.

Frank Field, chair of the committee, said 11 million people had private DB pensions. More than 5,000 of the associated schemes are in a deficit of £805bn while combined surpluses of other schemes are around £4bn.

Hanton added: "By merely pulling up the DB drawbridge for new pension scheme members, companies have in effect sacrificed the future pay and pensions of younger workers while over-protecting the too-generous pensions in payment today."

This article appeared in our June 2016 issue of The Actuary.
Click here to view this issue
Filed in:
06
Topics:
Pensions