The British Insurance Brokers Association (BIBA) believes the sector would be better off remaining in the EU. 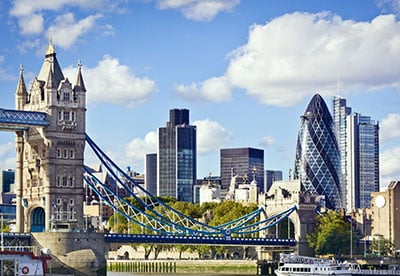 BIBA chairman Lord Hunt of Wirral said: "The opposing sides of the debate have filled our press and media with a plethora of claims and counter claims, some of which are clearly unsupported by the available evidence."

The organisation said Brexit would mean uncertainty for businesses, leading to an adverse impact on investment, customers and the insurance market overall.

It added that the existing system of insurers 'passporting' into the UK could end, potentially creating a "serious reduction" in choice for UK consumers.

BIBA also said it would "seriously damage" the ability of brokers to do business on behalf of clients domiciled elsewhere in the EU.

In addition, Europe provides access to a "far larger pool of skills and knowledge" than in the UK alone, BIBA said.

"A 'remain' vote would stimulate investment and boost confidence that we will be able to continue to trade freely under the EU freedom of services provision. That, in turn, would benefit both us within the sector and also our customers," Hunt said.

Organisations such as Lloyd’s of London and the Association of British Insurers (ABI) have been vocal about their support of UK's membership in the EU. Last week the ABI disapproved of comments made by Lord Flight about EU regulations in the event of a Brexit.

Today, the ABI confirmed 21 international industry leaders signed a letter urging the country to stay in the EU.

The insurance bosses believe it is "in everyone's interests - the UK and the EU - for the UK to remain".

"The UK is an active and positive partner which also has a firm and critical eye and is willing to challenge as required. This brings results for the UK, and is healthy for the whole of the EU. No-one can doubt its contribution has been positive for all," they said in the letter.