Auto-enrolment will force staff cuts or pay freezes, says one in five bookkeepers

Nearly 22% of bookkeepers believe the UK governments requirement to enrol staff into a pension scheme will lead to redundancies or the freezing of future pay rises, according to a survey. 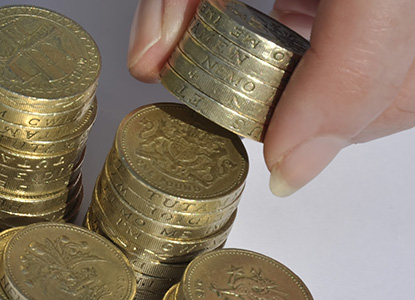 Bookkeepers' clients' businesses are struggling to find ways to cope with the additional cost of auto-enrolment, said the International Association of Book-keepers (IAB), who carried out the study.

Based on responses from 130 IAB members - some of whom are self-employed with micro or small businesses - 18.4% feel they or their clients are 'forced' to review staff remuneration packages and limit or even stop any pay increases for the foreseeable future.

Another 3.5% are considering redundancies or planning to cut staff hours to avoid paying auto-enrolment. The IAB explained when making redundancies, businesses factors would have to be taken into account such as firms not being able to afford as many staff.

According to the IAB, bookkeepers' clients are viewing auto-enrolment as part of their overall running costs and struggling to find available resources to fund additional time spent on preparing and conducting the process.

The survey also revealed only 8.8% felt able to pass the cost on to their own customers, as existing profit margins are "too small" and they fear they will lose out on price to the competition.

A quarter said their business clients lacked an understanding and knowledge of the regulations and what is required of them as an employer, while another 25% reported apathy, demonstrated by clients that refused to address the issue at hand.

IAB's chief executive Malcolm Trotter added many of the IAB members reported "significant delays" in their clients' preparations for auto-enrolment due to lack of knowledge.

He said: "Whilst the government, through its agencies, is making some efforts to inform businesses about these new obligations, it would appear that many micro and small businesses feel that it isn't doing enough to support them in either a financial or educational capacity, particularly as many of them are still fighting to find their footing after the recent recession."