The number of insurance firms who have signed up to Flood Re has more than doubled since going out live on 4 April this year. 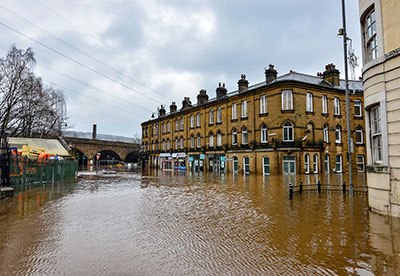 The reinsurance programme now has 36 participating firms, which covers 85% of the overall market. The figure represents an increase of 125% from 16 providers.

The scheme is designed to enable insurers to offer lower premiums and excesses to high-risk flood homes across the UK.

Flood Re's chief executive Brendan McCafferty said: "We are talking to more insurers and expect this number to rise from the present level of 36 over the remainder of 2016."

McCafferty said consumers could check the Flood Re website for participating companies and should be prepared to shop around as the market is becoming "increasingly competitive".

"When buying a policy, people in flood-prone areas should make sure it is the best one for them and not just the cheapest," he added.

Meanwhile, the Association of British Insurers (ABI) has revealed 90% of the 15,000 property claims settled after a series of storms and floods took place in December.

A breakdown of the figures shows 94% of domestic policyholders and 83% of commercial customers have had their claims either fully or partly settled.

Commercial cases can take longer to work on due to the large values involved, said the ABI.

In addition, claims for business interruption cover can often only be dealt with once accounts have been provided, so that the impact on loss of profits can be accurately calculated.

Mark Shepherd, manager of general insurance policy at the ABI, said: "For everyone affected by December's storms, we know the repairs to their homes and businesses can't happen soon enough.

"These latest numbers show insurers continue to make good progress with the important work of getting everyone's lives back to normal."