Suggesting insurers could ignore EU regulation under Brexit is 'pie in the sky', ABI says

The Association of British Insurers (ABI) has disapproved of comments by Lord Flight about EU regulations in the event of a Brexit. 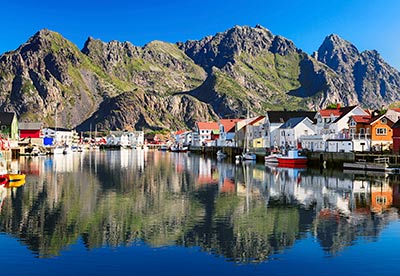 Writing in the Daily Telegraph, the former Conservative shadow chief secretary to the Treasury said only 12% of UK insurance exports were to the EU and the "overwhelming majority" were in North America and Asia.

"Brexit could, therefore, save the costs and complexity of Solvency II for 88% of insurance exports," he said.

"This would also open the opportunity to reduce excessive regulation on the 95% of UK businesses which do not export to the EU."

ABI's director of regulation Hugh Savill said the suggestion that UK insurers could do business without taking account of European regulation was "pie in the sky".

"This suggestion would mean that British insurers who wish to operate in Europe, the largest insurance market in the world, would have to run two solvency regimes, two capital requirements, two different sets of bureaucratic regulation," he said.

"This would also make it harder for markets to make comparisons between UK and other European insurers - and could potentially lead to UK insurers being undervalued and less attractive to do business with."

Flight added half of the main EU regulations "have been driven by the anti-financial services, anti-Anglo Saxon EU agenda where UK opposition has been in vain", including Solvency II.

Savill acknowledged Solvency II was "far from perfect", but added: "It is based on a thoroughly British approach to prudential regulation. This is why the UK did not oppose it, but engaged constructively in its negotiation."

Earlier this week the ABI said a Norwegian model should not be adopted.

Norway is not part of the EU but maintains close ties with the union and is also a member of the European Economic Area.

ABI's director general Huw Evans, said: "Supporters of a Norwegian-style option should heed the warnings coming from Norway itself.

"Norway's insurance leaders say the UK has a better deal at the heart of the EU than Norway does - since Norway is always outside the room where the big decisions are taken."

His comments came in response to David Cameron's interview on the Andrew Marr Show on Sunday, where the prime minister said the Norwegian model would not be an option.

Evans said: "The Prime Minister is right to note the strong support from the insurance and long-term savings industry for remaining in the EU.

"We sell £21bn more in insurance and savings products to the rest of Europe than they buy from us which helps create jobs and prosperity here in the UK."

Earlier this year Evans said membership in the EU guaranteed the right to do business in 27 other countries “on an equal footing”.