BHS pension: 'I wasn't involved in it', says Philip Green

Former BHS owner Philip Green has told MPs in the Work and Pensions Committee (WPC) and the Business, Innovations and Skills Committee that he should have been more involved in the company's pension scheme under his stewardship. 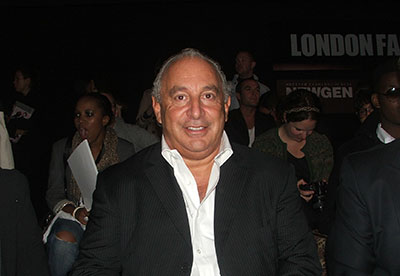 Speaking today in an evidence section of an inquiry into the sale of the company, Green blamed "poor communication" for the troubles of the scheme.

The business billionaire bought the retail chain in 2000 and sold the company to Retail Acquisitions Ltd (RAL), led by Dominic Chappell, for £1 in March last year.

Following the announcement that the company went into administration in April this year, BHS is now being wound down, putting 11,000 jobs at risk. The store currently has a pension deficit of £571m.

The Arcadia Group owner said: "I was not actively involved in pension conversations, maybe if I had been, we wouldn't be here."

He added: "Rightly or wrongly, the trustees are very independent from the company."

The entrepreneur admitted he had seen Margaret Downes, former chair of the trustees, to understand investment strategies in 2008/2009 but he was "not involved".

He said: "They are totally self-contained, they didn't discuss with us. We were not involved in any shape or form in what they did."

Earlier this week former pensions minister Steve Webb produced a letter to the committee confirming he was assured by the business tycoon in 2012 that there would be "no risk" the pension scheme going to the Pensions Protection Fund (PPF), and that "funds for the scheme would be found from elsewhere" in the event of a BHS insolvency.

However, when asked about it, Green "could not remember" if this was said in the meeting with Webb, but said the meeting was about issues surrounding the pensions levy.

On the acquisition of the high street store to RAL, the business tycoon admitted he had "found the wrong guy" when MPs questioned him what he knew about the buyer's credibility, as Chappell had filed for bankruptcy more than once prior to the deal.

Green admitted to meeting Chappell on 3 February 2015, one month before the sale was made.

He added at the time of the sale he knew Chappell had been bankrupt once: "Entrepreneurs go bankrupt, they do bad deals. That doesn't mean they can't have a business."

Richard Graham, one of the WPC members, raised a claim that Chappell believed the company would be sold pension free as long as Project Thor, a recovery plan to save BHS pensions from entering the PPF, would go ahead.

Green said he and his team were currently working on the project to hopefully deliver a better outcome.

In closing the hearing, the Topshop boss admitted he had "made a bad call" and "picked the wrong guy" but was "prepared to take responsibility".

"You have my commitment that I am planning to sit with the regulator [the Pensions Regulator] as soon as possible and I want to get this over with sooner than you do," he said.