Scotland and Wales have long-term care funding systems are more generous than the one currently operating in England, according to a report. 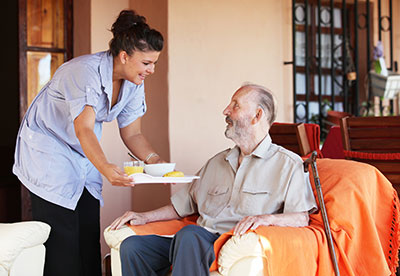 It investigates the differences between the social care funding systems of all three countries, notes that England is currently subject to a means test, which can require wealthier people to pay for their care in full.

Published by the Care and State Pension Reforms (CASPeR), the report notes that Scotland operates a system of "free personal care" for older people receiving home or residential care.

Wales has a similar system to England but with a weekly maximum charge of £60 for home care, said CASPeR.

However, England will introduce a cap in 2020 on the amount people will have to contribute to their care costs under the Care Act 2014.

Originally planned to be rolled out in 2016, the Act has been postponed to April 2020. One of the key changes is that costs will be limited to £72,000 for those beyond state pension age.

CASPeR understands that the reforms planned for England and the current systems in Wales and Scotland are all more generous than the present English structure but in different ways.

It said comparisons between the systems depended on how long an individual needs help, especially residential or high intensity home care.

Ruth Hancock, professor in the economics of health and welfare at University of East Anglia (UEA), and part of the CASPeR research team, said the reforms could be as generous as the Scottish and Welsh regimes but only for those needing aid, especially residential care, for long periods.

Raphael Wittenberg, associate professorial research fellow from the Personal Social Services Research Unit at the London School of Economics (LSE), also part of the CASPeR research team, added that for those who just need care in their own home, both the Welsh and Scottish systems would be better off.

"The reforms to the English system to be implemented in 2020 will benefit people with moderate or high resources who need residential care or high intensity home care for extended periods," he said.

CASPeR is a collaborative project between the Pensions Policy Institute, the UEA and the LSE, funded by the Nuffield Foundation.

This article appeared in our June 2016 issue of The Actuary.
Click here to view this issue
Filed in:
06
Topics:
Health care